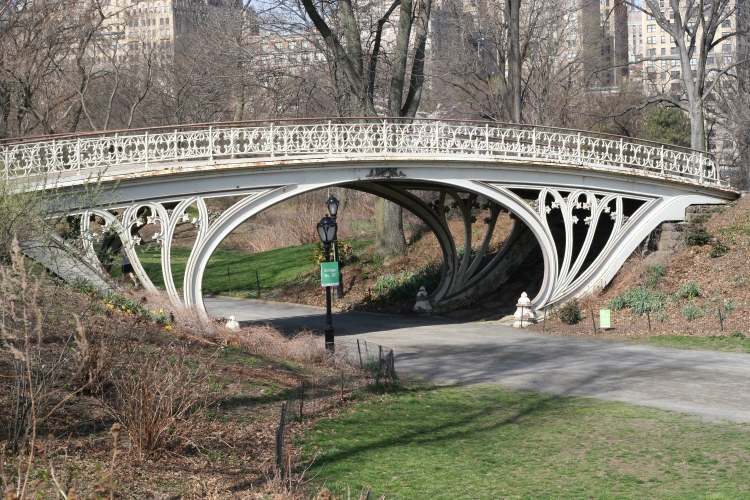 Central Park was the first public landscaped park in the United States and continues to function as a sort of oasis in the heart of a metropolis. Located between the fifth and eighth avenues and the 59th and 106th streets, it serves as a haven for millions of people in the city, as well as a popular tourist attraction and a site full of activities and sights to see. In addition to jogging, biking, in-line skating and wide-open spaces, the area offers a variety of activities to help you stop and relax in the concrete jungle.

The park was designed in 1853, when the state legislature allowed New York City to use its political power to use more than 300 hectares of land in the heart of Manhattan. The park was created by displacing nearly two thousand poorer residents from their slums and completely reorganizing the area, planting grass, leveling the land and beautifying an area that was not too beautiful. Once completed, he began to attract crowds almost immediately and in 1865, more than seven million people visited each year. This is the case so far, with concerts and free events that add even more charm to the park.

The Jacqueline Kennedy Onassis (JKO) Reservoir, originally known as the Central Park Reservoir, covers 171 hectares and contains over 3 million cubic meters of water. Although it is no longer used for New York City water distribution, it provides water to Pool Lake and Harlem Meer Lake. It is a popular place of interest as it is surrounded by a 1.5-mile jogging trail and is also surrounded by a park trail. It is often visited by tourists, especially when the Yoshino and Kanzan cherry trees are in bloom.

JKO Reservoir was built between 1858 and 1862, with the design of Central Park by Frederick Law Olmsted and Calvert Vaux. It was never a water collection reservoir but was used to take water from the Croton Aqueduct and distribute it to Manhattan. After 131 years of service, it was decommissioned in 1993 after being replaced with more modern water systems. It was renamed in honor of Jacqueline Kennedy Onassis in 1994 to thank her for her contributions to the city and because she liked to jog in this area, which was under the windows of her Fifth Avenue apartment.

Belvedere Castle is a building located in Central Park, New York, which includes exhibition halls and an observation deck. Since 1919, the castle has also housed the official Central Park weather station.

Built in the Victorian style in 1869, the castle covers Vista Rock, the second highest natural elevation in the park. It is made of Manhattan slate quarried in the park and clad in gray granite, and sits atop the Ramble Woods. As the plants grew, the castle disappeared from its original view. Its turret is the highest point in the park.

Belvedere Castle was designed by Frederick Law Olmsted and Calvert Vaux in the late 1800s. An architectural hybrid of Gothic and Romanesque styles, Vaux’s design called for the addition of Manhattan slate and granite, a corner tower with a conical roof, over the existing walls.

The fountains of Central Park

The lake was carved out of the lowest part of the park as a partially tidal wetland, slowly draining into the East River that separates the former suburb of Harlem to the north from lower Manhattan. The lake and its wooded landscape were designed by Andrew Haswell Green to the specifications of Olmstead and de Vaux in 1861. Fish, turtles and waterfowl can also be seen at Harlem Meer Lake. Several varieties of trees can be found around the lake, such as oaks, cypresses, beeches and others.

On the north shore of the lake is the Charles A. Dana Discovery Center, a visitor center operated by the Central Park Conservancy.

One of the park’s most notable sites is the zoo, which is home to more than 100 species, including sea lions, penguins and even polar bears. It’s amazing to see exotic animals in the middle of a park in the middle of a city and create a kind of surreal atmosphere (well, for us, anyway). Near the zoo is the famous Delacorte clock, which depicts a collection of mechanical animals on his face.

The Delacorte Theater is a completely free outdoor venue that hosts summer performances by the Joseph Papp Shakespeare theater troupe.

The large lawn is basically all in the middle of the park. It is beautifully maintained, with baseball fields and picnic groves of choice for all. The perfect place to throw a Frisbee or catch some sun rays, the big lawn is often crowded and always appreciated.

Strawberry Fields is a party dedicated to John Lennon’s memory following his tragic shootout on the other side of the street. The Fields immediately recalls the 1967 Beatles. A vigil is held every year on December 8, the day of his death in 1980.

The Wollman Memorial Rink is another refuge: a huge ice rink. It is ideal for taking a ride on the ice in winter or rollerblading in the summer.

To further enjoy the attractions of Central Park, their famous hansom carts are always available for you and your sweetheart to browse its trails. This experience is particularly romantic at night.