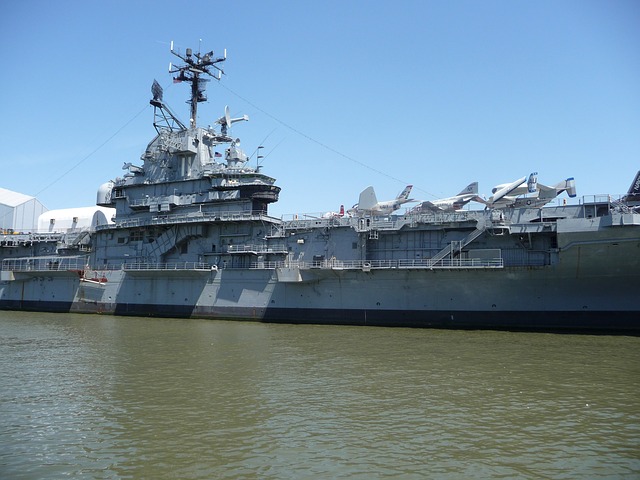 Located on Pier 86 at 46th Street and 12th Avenue, the Intrepid Sea-Air-Space Museum is located inside the USS Intrepid aircraft carrier, which has been decommissioned. It is worth visiting Intrepid just for the experience of being on board an aircraft carrier. The museum’s exhibits as well as the aircraft carrier itself offer many opportunities for hands-on learning of science and history. On the deck of the 900-foot vessel are jets, helicopters and seaplanes, all of which have played a part in the story. Aeronautical enthusiasts will be thrilled, while kids will love the many winding corridors and stairs of the ship.

One of the most unusual pieces on deck is the A-12 Blackbird, the fastest and fastest aircraft ever built. Exploited by CIA pilots during the Cold War, the story of the plane is so secret that they can not even tell you what it did 20 years ago. The Blackbird is still a technological marvel built in titanium and able to fly over three and a half times the speed of sound at an altitude above 17 miles.

One of the sections of interest below the bridges is the “underwater border”. In this exhibition, you can use a nautical chart to find where the important regional shipwrecks are, and then see the actual artifacts recovered from these ships.

Since 2012, the shuttle “Enterprise” is to discover, with objects from NASA.

The USS Intrepid has been a National Historic Monument since 1986. In 2001, the museum was the temporary base from which the FBI conducted its research after the September 11 attacks.

From 2006 to 2009, the ship and the pier were undergoing restoration work. The Intrepid was towed to another location on the Hudson River and became stranded for a while when its propellers hit the bottom. Adaptation work on Staten Island followed until the museum reopened on November 8, 2009.

How to get to the museum?