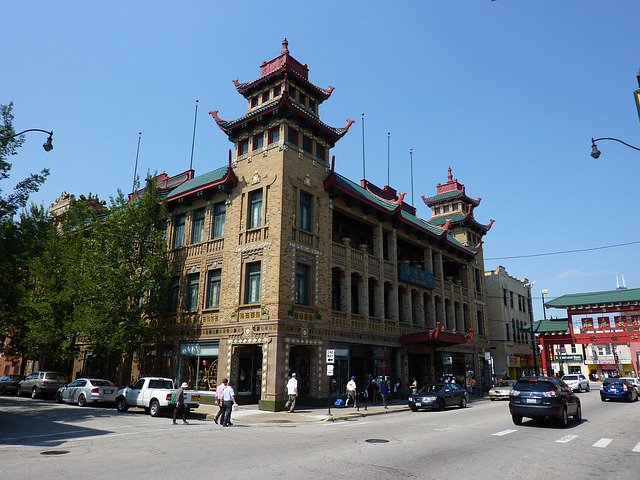 Discover New York’s Chinatown, Chinatown. The smells of the kitchen will whet your appetite if you enjoy Asian food. More than 100,000 Chinese reside in this picturesque neighborhood.

History of the neighborhood

Chinatown’s growth began around 1870, when Chinese immigrants came east to escape the violent discrimination in San Francisco. In New York, they were left alone. The Exclusion Act stopped Chinese immigration in 1882, but from 1960 onwards, a generous quota system encouraged the growth of the Chinese population.
At the beginning of the 20th century, the secret organizations, the Tongs and the Triads, reigned terror. Doyers Street even received the nickname Bloody Angle, due to the numerous ambushes set up by rival gangs in this elbow-shaped street.

Today Chinatown extends mainly south of Canal Street. In recent years, the enclave has even moved east and north and Chinese stores can be found above Canal Street.
During the 1990s, Chinatown became home to a growing number of Vietnamese refugees who set up their own stores and restaurants on adjacent streets.

Mott Street is the central artery of Chinatown. At No. 8, the Chinese Museum displays a selection of artifacts from China, including a rickshaw and a 20-foot-long articulated dragon.
Vegetable and fish markets flourish everywhere, helping to maintain the atmosphere of early immigration. Only the many ice cream vendors bring a touch of novelty.

Today, rising Manhattan real estate prices and high rents have also affected Chinatown. Many young and poor Chinese immigrants cannot afford the rents and, as a result, growth is slowing. Chinatown’s housing stock is still mostly made up of cramped, working-class apartment buildings, some of which are over 100 years old. It is still common for these buildings to have bathrooms in the hallways and shared between several apartments.

In Chatam Square stands the Kimlau War Memorial, a simple pagoda-roofed monument to Chinese-Americans who served in the U.S. Army. A little further down the street, however, stands a testament to earlier generations, since adopted by the Chinese community, the Mariner’s Temple on Oliver Street. It was once the Oliver Street Baptist Church, but was purchased in 1863 by a seafarers’ organization to evangelize the seafarers and immigrants.

You can get a tattoo in one of the many stores specialized in this art.

In the Mahayana Temple you can admire a 5 meters high statue of Buddha, covered with gold.

Visit Chinatown in the morning, when the streets are not yet crowded. You can see the markets and bazaars of Canal Street.
In Chinatown, you will discover many Chinese traders selling spices, vegetables, typical Chinese food, as well as many colorful clothes.