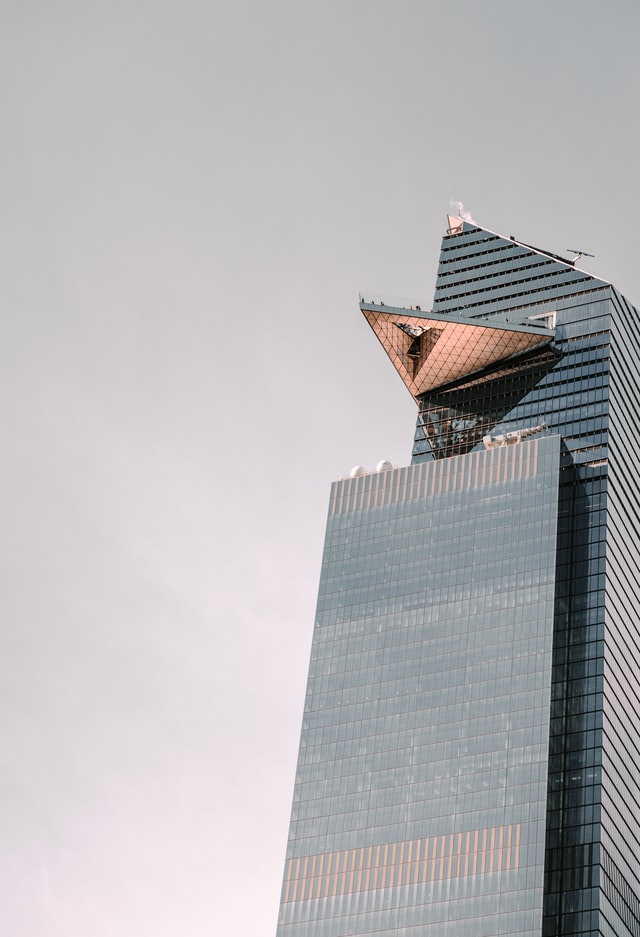 The Edge is accessible from the 4th floor of The Shops & Restaurants at Hudson Yards, the shopping center below the building. You first access a multimedia experience about the Hudson Yards project, the construction of the skyscraper, and the observation center, then board one of the elevators that take you to the platform in 60 seconds.

The observation deck has been open to the public since early 2020. The glass platform on which you can stand was built last. The platform weighs no less than 350 kg and consists of 15 separate pieces that are attached to each other. The entire space, with an area of 700 m2, is surrounded by 79 glass panels that are slightly tilted outwards, so that you can also see what is happening under the platform. The glass wall that protects you from the wind has also been installed. The wall is also there to prevent suicides from the observation platform.

The Edge’s major advantage over other points in New York is that part of the platform has a glass floor. This allows you to look over 300 meters deep. The glass has been tested many times and is safe by American standards. What is certain is that it will not give everyone a sense of security.

What can I see from The Edge?

The view from The Edge is unique. You have a good view of another icon: The Empire State Building and the Statue of Liberty. Looking north, you can see Central Park in the distance, and looking south, One World Trade Center rises far above the rest of the skyline. It’s advertised as a 360-degree view, but that’s not quite true. Since The Edge isn’t at the top of Hudson Yards, you only get a small view of the building itself. But that’s not a bad thing, because the most beautiful part of New York City is right in front of you.

The 30 Hudson Yards skyscraper is located on the west side of Manhattan. The Edge is easily accessible from the 34th Street – Hudson Yards subway station on line 7. By Bus: The M34-SBS, M12 and M11