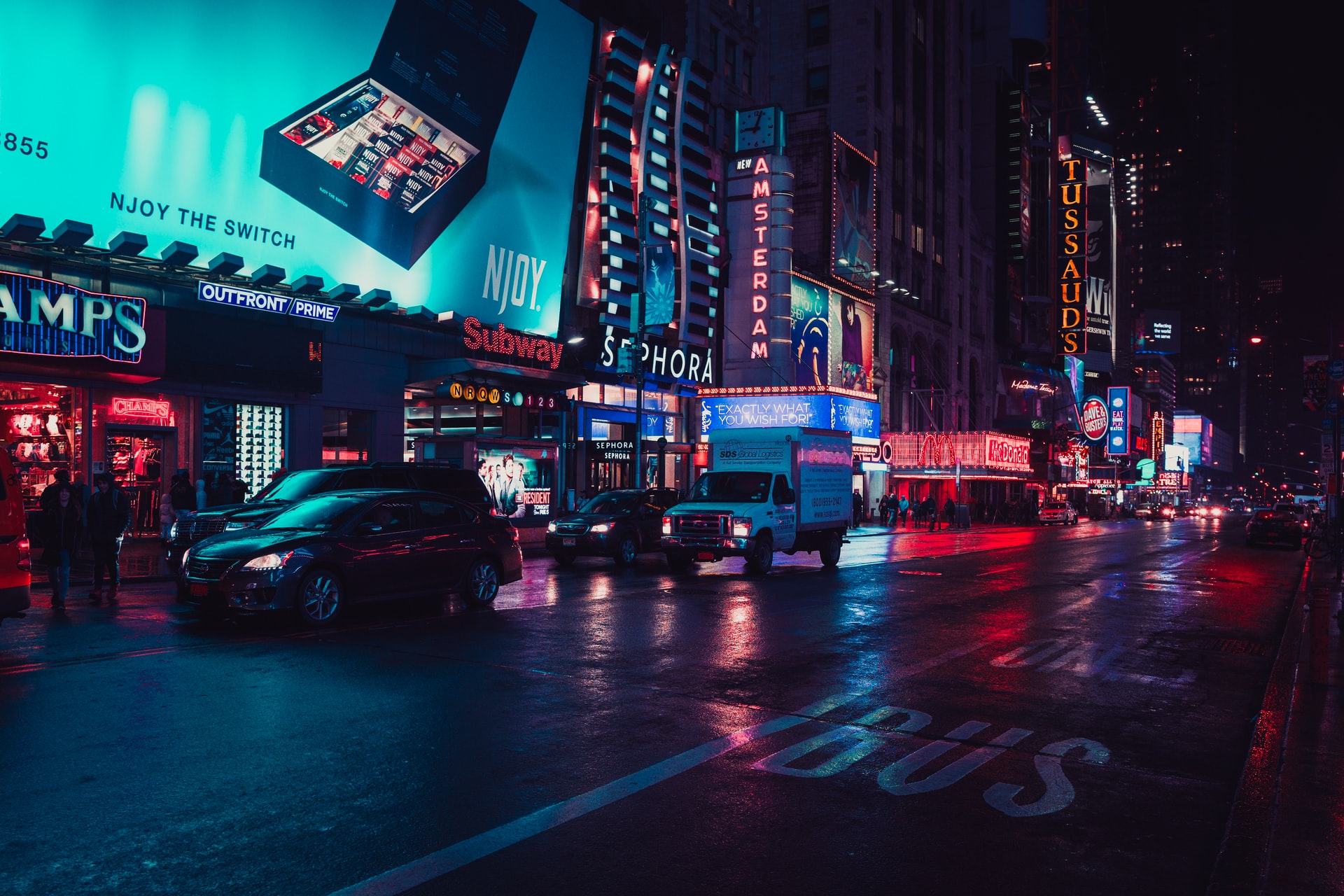 Attractions
hide
1 History
1.1 Video
2 How to get to Madame Tussauds
2.1 Related posts:

Madame Tussauds New York is the famous museum of wax mannequins, present in several cities of the world (Tussauds in London, 4 others are present in the United States in Las Vegas, Hollywood, Nashville and Washington), with super realistic replicas of personalities of music, cinema, theater, television, sports, etc.

The museum is very interactive, with several floors to visit and many dolls to take hundreds of pictures.

Located in the heart of Times Square, Madame Tussauds New York is the high point of 42nd Street, next to Broadway theaters and is a must for all Big Apple residents.

The museum sign is already a partial attraction and impresses with the grandeur that can be seen from different parts of Times Square.

All tourists, whether it is their first time in the city or not in New York, pass by Madame Tussauds several times, as it is the way to other attractions and the 42nd Street subway station in Times Square.

What is interesting is that the exhibition is not fixed and always has something new.

Don’t touch! You can kiss the dolls, make selfies, interact with the sets and everything else. Always in moderation, without demolishing or damaging the costumes of the characters.

The replicas enhance the artists’ peak, and it’s amazing how perfect the dolls are, with the attention to detail in the faces and clothes.

It is important not to be in a hurry to appreciate them, because you can stay as long as you want inside. Some characters represent American or New York culture, which may be unknown to other countries, so it is best to use the plates to find out who they are. But there are many personalities from film, music and sports in general, who are very famous.

The story has roots that go back to Paris in the 1770s. It was there that Madame Tussauds learned to create wax figures under the tutelage of her mentor, Dr. Philippe Curios. At 17, she became the art teacher of King Louis XVI’s sister at the Palace of Versailles, and then, during the French Revolution, she had to prove her allegiance to feudal nobles by making death masks of executed aristocrats. Madame Tussaud arrived in Britain in the early 19th century, alongside a traveling exhibition of revolutionary relics and images of public heroes and rogues.

Priceless artifacts from the French Revolution and Napoleonic Wars were displayed alongside events in Europe that had a direct impact on daily life. Figures of prominent politicians and, in the Hall of Horrors, notorious villains captured the public’s imagination. In 1835, Madame Tussauds’ museum exhibit was permanently installed in the Baker Street Bazaar in London. The ticket paid by visitors was six pence for the chance to meet the greatest names of the time.

How to get to Madame Tussauds

The 25$ (20 euros) ticket gives access to all the spaces of the wax mannequins exhibitions. There are other interactive exhibits inside the museum with other types of tickets.

Schedule: every day from 9am to 10pm

Madame Tussauds New York is located in the heart of Times Square and is easily accessible by subway.