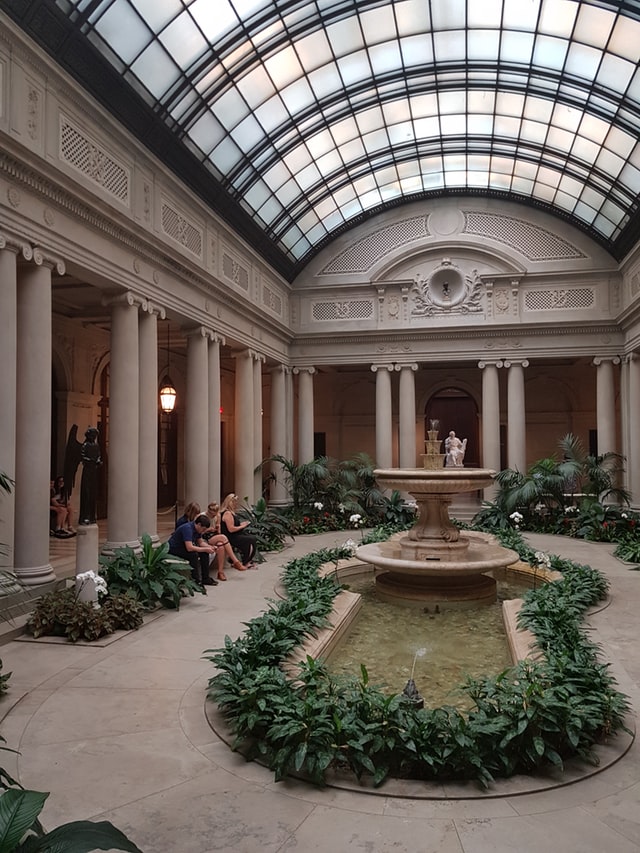 Museums
hide
1 History of the Collection
1.1 Video
2 How to get to the museum
2.1 Related posts:

The Frick Collection is housed in the former residence of Henry Clay Frick (1849-1919), designed by Thomas Hastings and built in 1913-14. After Frick’s death in 1931, modifications and additions were made to the building by architect John Russell Pope, and in 1935 the Collection was opened to the public.

The Frick Collection, one of New York City’s most cherished cultural treasures. Industrialist Henry Clay Frick generously bequeathed to the public outstanding works of Western European art from the Renaissance to the late 19th century. Remarkable paintings, sculptures, and decorative arts are displayed in the family’s former Fifth Avenue home, and the special ambiance of this setting – that of an art connoisseur’s home – has been preserved. The collection includes some of the best-known paintings by major European artists, as well as numerous works of sculpture and porcelain. There is also eighteenth-century French furniture, Limoges porcelain and Asian blankets.

John Russell Pope modified and expanded the building in the early 1930s to adapt it for use as a public institution. It opened to the public on December 16, 1935. The Frick Collection was built at a time when nearly all the buildings on Fifth Avenue above 59th Street were mansions. Amidst this wealth, Henry Clay Frick’s house was one of the most luxurious, with private gardens on the main avenue and a courtyard.

The Frick Art Reference Library is appreciated worldwide by researchers and students.

History of the Collection

After a trip to Europe in 1880, he discovered the art collections. Henry Clay Frick decided to create a collection for Americans with his own funds. “I want this collection to be my monument,” he said at the end of his life. And this wish has certainly come true, as any visitor to The Frick Collection will attest.

Adult $22 18 euros, children under ten years old are not admitted. Free: the first Friday evening of the month (except September and January), from 6 to 9 pm. Wednesdays from 2 to 6 p.m. pay whatever you want.